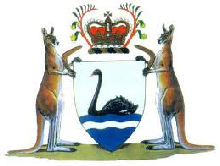 The first inhabitants of Australia arrived from the north approximately 40,000 to 60,000 years ago. Over thousands of years they eventually spread across the whole landmass. These Indigenous Australians were well established throughout Western Australia by the time of European explorers began to arrive in the early seventeenth century.

The first European to visit Western Australia was a Dutch explorer, Dirk Hartog whom landed at what is now known as Cape Inscription, Dirk Hartog Island.

It was a further 200 years before it was proven that the Great Southern continent actually existed. By the late 18th century, British and French sailors had begun to explore the Western Australian coast.

The origins of the present state began with the establishment of a British settlement at King George Sound in 1826 (later named Albany from 1832). The settlement was founded in response to British concerns about the possibility of a French colony being established on the coast of Western Australia. In 1829, the Swan River Colony was established on the Swan River by Captain James Stirling. By 1832, the British settler population of the colony had reached around 1,500, and the official name of the colony was changed to Western Australia. The two separate townsites of the colony developed slowly into the port city of Fremantle and the state's capital, Perth.

Population growth was very slow until significant discoveries of gold were made in the 1890s around Kalgoorlie.

In 1887, a new constitution was drafted, providing for the right of self-governance and in 1890, the act granting self-government to the colony was passed by the British House of Commons. John Forrest became the first Premier of Western Australia.

In 1896, the Western Australian Parliament authorised the raising of a loan to construct a pipeline to transport five million gallons of water per day to the Goldfields of Western Australia. The pipeline, known as the Goldfields Water Supply Scheme, was completed in 1903. C.Y. O'Connor, Western Australia's first engineer-in-chief, designed and oversaw the construction of the pipeline. It carries water 530 km (330 miles) from Perth to Kalgoorlie, and is attributed by historians as an important factor driving the state's population and economic growth.

Following a campaign led by Forrest, residents of the colony of Western Australia (still informally called the Swan River Colony) voted in favour of federation, resulting in Western Australia officially becoming a state on 1 January 1901.

is a plant species endemic to Western Australia. The most admired of the Kangaroo paw species, the flower has become symbolic of the region. The display between August and November is remarkable for the high standing flowers, occurring in urban and coastal regions. The species is not threatened, but is protected under state legislation. A license is required for their collection. It is desirable as a cut flower, possessing an unusual form and striking colours that last well.

also known as the banded anteater, is a marsupial found in Western Australia. Its diet consists almost exclusively of termites. Once widespread across southern Australia, the range is now restricted to several small colonies and it is listed as an endangered species. The numbat is protected by conservation programs.

is a large waterbird, a species of swan, which breeds mainly in the southeast and southwest regions of Australia. The species was hunted to extinction in New Zealand, but later reintroduced. Within Australia they are nomadic, with erratic migration patterns dependent upon climatic conditions. Black Swans are large birds with mostly black plumage and red bills. They are monogamous breeders that share incubation duties and cygnet rearing between the sexes.

Black Swans can be found singly, or in loose flocks numbering into the hundreds or even thousands. Black Swans are popular birds in zoological gardens and bird collections.