No fifty dollar note was released as part of the initial rollout of decimal currency in 1966, but inflation necessitated its introduction seven years later in 1973.

The original fifty dollar note, designed by Gordon Andrews, has a scientific theme. On the front of the note is a portrait of Australian pathologist Sir Howard Florey and scenes of laboratory research. On the back is a portrait of Sir Ian Clunies Ross, veterinary scientist and first chairman of the CSIRO, along with scenes from the Australian environment. 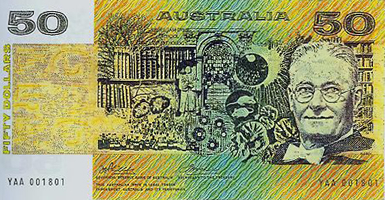 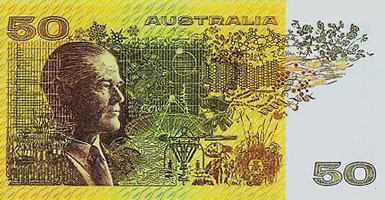